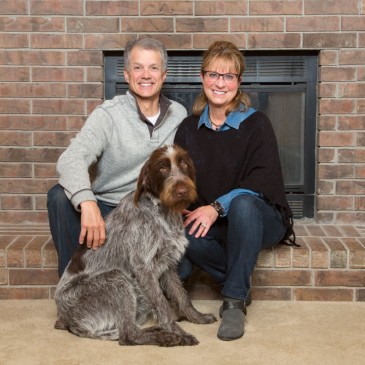 Tom feels that the greatest part about his calling to veterinary medicine is split between the love of doing the very best to try and correct the problem at hand, whether that be a medical or surgical solution, and the interaction with the family that calls the beloved pet their own.

When not at the clinic working, Dr. Liebl is blessed with the opportunity to spend time with his wife of 32 years, Kim, and their three grown children, Brecken, Parker and McKenzie.  Hobbies (which he has a few) are centered around the outdoors (backpacking/hiking, fly-fishing, snowshoeing) and all things “two wheeled”.  Once an avid cyclist competing in ultra-distance mountain bike races as a sponsored athlete for Hammer Nutrition, he has changed his time on the bike to a little more relaxed pace.  When he’s physically “tired” of being on the bicycle, he enjoys cruising the countryside on his Harley Davidson.

Tom enjoys and is committed to giving back and in the past has been on the United Way Fund Raising committee and the Douglas County-Lawrence Health Department Board.  He currently sits on the Kansas State University Pet Tribute Board and the Symbiotic Behavioral Treatment Center.